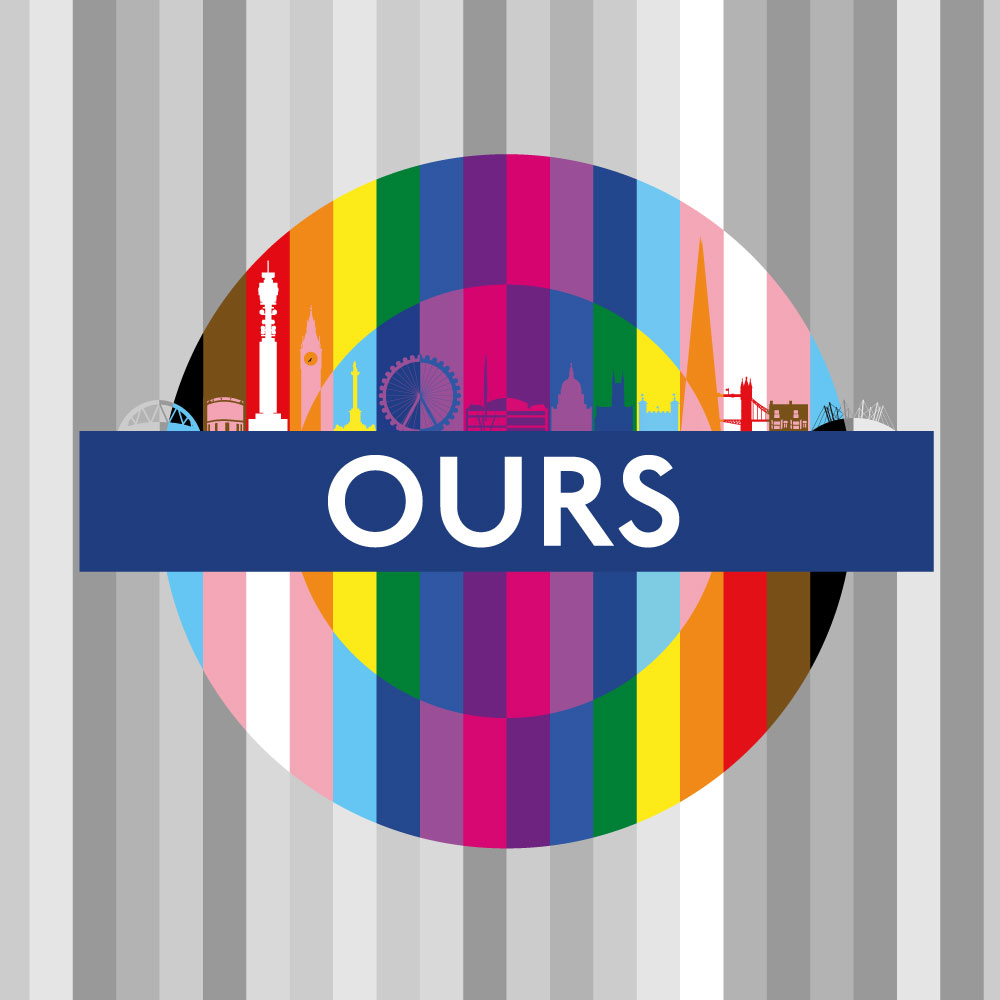 I’d like to tell you a bit more about the story behind the Pride roundel that I designed for TfL in 2021.

Let’s talk about those landmarks…

Every building holds many stories. But those stories – those histories – are often hidden. So here are some of the stories behind some of my most chosen London landmarks: some you might recognise, others you might not. All however are important to me, my friends, or many LGBT+ people. They are laid out as best as I can, correctly, West to East as if we are viewing London from the South and the blue bar is also, perhaps, the Thames.

All this… is ours.

Thanks for reading! I hope this brought you some joy.